The General Cemetery was founded as a response to a variety of social concerns in Sheffield during the first half of the 19th Century. These included: the need for sanitary disposal of the dead, increasing religious radicalism, and specific pressures created by the expansion of Sheffield’s population. Burial was also seen as a potentially profitable enterprise. 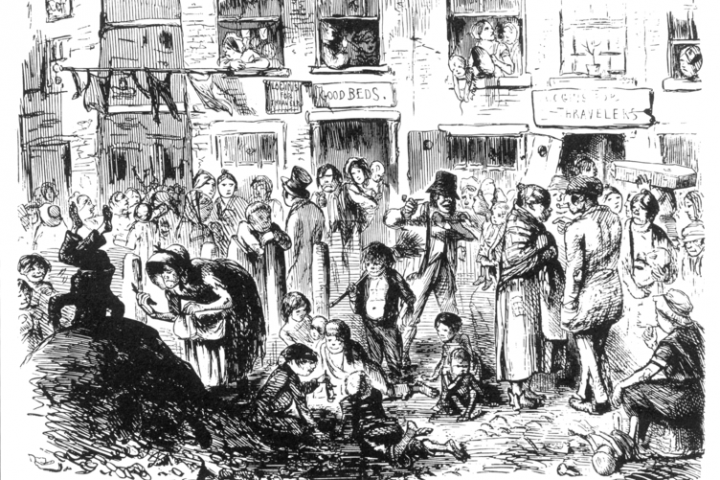 Burial as a Public Health Concern

During the first half of the 19th Century, England’s population doubled from 9 to 18 million people and became increasingly urban. Burial places were most frequently located beside the church in the centre of towns and villages. As the population grew, the problem of ‘disposals’ became increasingly unsanitary and unsightly, driven also by increased mortality due to industrial accidents and the epidemic spread of diseases such as cholera.

Burial became a public concern. In 1847, the Cemeteries Clause Act provided guidance on the establishment and running of commercial cemeteries. The 1848 Public Health Act and subsequent acts of the 1850s made it possible for parishes and boroughs to use income from rates (taxes) to establish and maintain their own dedicated cemeteries. Publicly owned cemeteries were established as parks in a practical and utilitarian design, normally in rows of plots with a centrally placed chapel.

The Cremation Society of England was founded in 1874. The first legal cremation in Britain was in 1885. By the 1900s, the first public crematoria were opened. Today, 77% of disposals are by cremation.

Prior to the creation of private and municipal cemeteries, burial and the performance of associated rites was a primary source of income for the Anglican Church. The Church therefore had some interest in maintaining the status quo of burials within local churchyards.

By the first half of the 19th Century, religious dissenters (Protestants such as Baptists, Methodists, Unitarians, and Quakers, amongst others) were beginning to outnumber Anglicans in many industrial areas. They included many of society’s leading industrialists, manufacturers and traders, and professionals such as lawyers and doctors. As dissenters, they were subject to ‘civil disabilities’ which controlled their involvement in public life. Throughout the century, these ‘disabilities’ were challenged and repealed.

In Anglican controlled graveyards, Nonconformists were either denied burial or had to submit to Anglican religious rites which went against their beliefs. The establishment of ‘free’ cemeteries allowed for Nonconformists to be buried as per their religious practice. Reforms also challenged the control of the Church and established the civil interest in matters such as birth, marriage, and death.

Sheffield in the Early 19th Century

Sheffield’s population expanded from 46,000 to 135,000 between 1801 to 1851. This growth was driven by rapid industrialisation in steel and cutlery manufacture. In the 1820’s, the first large factories were opened in the town.

Sanitation was an ongoing and difficult public health problem. A cholera outbreak in 1832 killed 402 people who were buried in a plague pit above the town. All were unnamed except for the then Master Cutler who had also died of the disease. The General Cemetery was founded partly in response to this demand for burial space. However, conditions of churchyards within the town remained dire:

‘One churchyard… is peculiarly offensive. It is very much crowded with bodies, and as the soil is considerably above the level of the surrounding street, the exudation of putrid liquid from the soil is visible to the eye and offensive to the smell.’

Sheffield Corporation (later the Council) was only founded in the 1840s. Prior to that, any public improvement works were funded by private individuals through philanthropy and enterprise. The General Cemetery, as a profit-making business, was too expensive for many of Sheffield’s inhabitants.