William Jumbo was a man living on the Wicker in the mid-1800s who was pronounced as coming from ‘Africa’. He died of apoplexy which was the name given to different forms of internal bleeding, likely in William’s case to be a stroke. William was buried in the Cemetery in September 1850. William might have been one of the thousands of Black people living in Victorian England. Many Black people have been identified as living in Britain throughout its history. During the eighteenth century and earlier there is evidence of Black people living in a varied range of experiences, means and professions from students who came for study, those with a private income who came for business or leisure, sailors, farmers, merchants, innkeepers, actors, and doctors to servants, to name but a few. Many people were brought here enslaved; and some managed to liberate themselves here.

During the Victorian period more people came to Britain from many countries in Africa and America and the Caribbean seeking refuge from enslavement, to settle and to study or to find work. They joined the existing generations of Black British people. Many were part of a colonial workforce, brought to England in the navy, army, and other industries. Historians such as Professor David Olusoga, Professor Olivette Otele and Dr Miranda Kauffman alongside others and organizations such as The Black Cultural Archives have been instrumental in reconstructing the lives and experiences of Black British people from thousands of years ago onward.

It is an important look into this hidden history and think about what William’s experiences might have been. William, living on the Wicker, would have been adjacent to a lot of workshops and sites of industry. His neighbours were cutlers, glaziers and other metal workers. It is very likely that William was employed in one of these trades. William may have been born in Liberia as there is a record of a William Jambo who was a ’20-year-old native of Cape Palmas in Liberia’ baptized in Liverpool in 1808. There are also quite a few instances of people with the surname “Jumbo” or “Jambo” in the British Navy during this period. There is one William Jambo from Sierra Leone who was born in 1782 and named as working in the Navy in the 1830s and another William Jumbo in the Navy, born in West Africa in 1834. Either of these could be our William, ending up in Sheffield. The name ‘Jumbo’ might connect William to the West Coast of Africa, other people with the surname ‘Jumbo’ are recorded on passenger ships coming from that region, many from Liberia and Nigeria. It is likely that William Jumbo was not his real name but one imposed upon him by the British. However, these glimpses only provide supposition into William’s possible experiences and we hope further research might provide more clues. 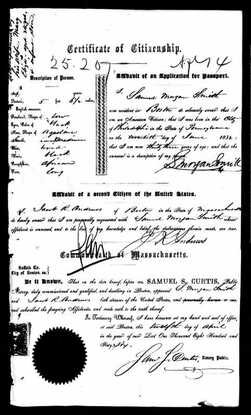